Books To Furnish A Room 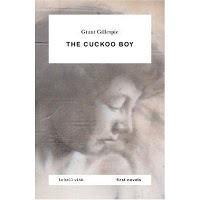 The longlist for the 2010 Man Booker Prize will be announced this week. There is usually a modest boost to prices for longlisted novels, with a more substantial boost when the shortlisted books are announced. The increasing trend towards simultaneous hardcover and paperback releases (with small print runs of the former), along with a range of special/limited editions of leading novels makes collecting the Booker Prize increasingly difficult. Nonetheless, it remains a worthwhile challenge and the shortlisted books over the years provide a useful benchmark of trends in literary fiction. Spotting the winner at an early stage opens the opportunity to a significant profit in some years if you wish to sell. Wolf Hall, the winner from 2009, has sold for several hundred pounds in the first edition, although among the shortlisted novels The Glass House seems more uncommon. Of the books I have read this year, I think that The Thousand Autumns of Jacob de Zoet and Even the Dogs are strong candidates. However, as always there are other contenders!

My book of the week for this week is a first novel issued in paperback only – The Cuckoo Boy by Grant Gillespie. This is the first novel issued by To Hell with Publishing. The print run was 1000 copies, and it has now been reprinted. The book has been praised highly by a number of bloggers, and picked up reasonable reviews in the Guardian and Observer. Several reviewers have commented on the similarity of the theme to “We need to talk about Kevin” by Lionel Shriver, but the book has a different tone. It’s unlikely to be a strong candidate for the prize, but perhaps has an outside chance of making the longlist and it certainly seems worthwhile picking up a copy if you can find one to read carefully and set aside for the long term.